The Japanese Program and Baruch Japan Club will be co-hosting an event about Japanese culture and translation. For the 2nd “Translation Workshop,” we have invited David Evelyn, a translator of manga, light novels, and video games. The first half of the event introduces how he became interested in Japanese culture, including manga, and has built his career in the industry. The latter half of the workshop is devoted to a hands-on translation exercise in which participants translate actual passages taken from manga with the knowledge of tanka, a form of Japanese classic poetry. 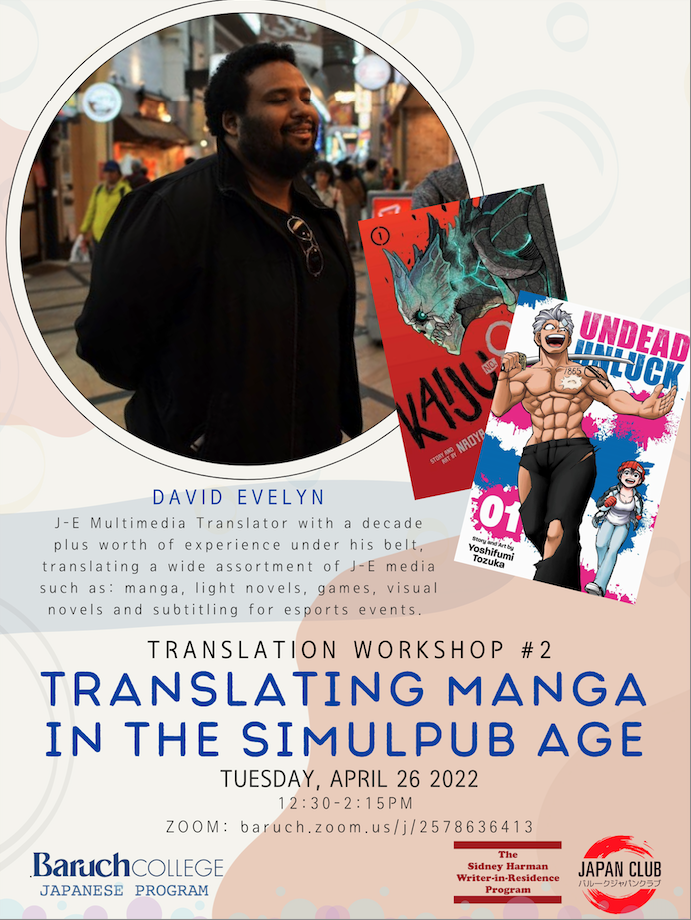