On April 26, we are going to host “Japanese Dance Night – AWA ODORI” with TAKARABUNE, a professional dance group from Tokushima prefecture. We offer student discount to you – $5. 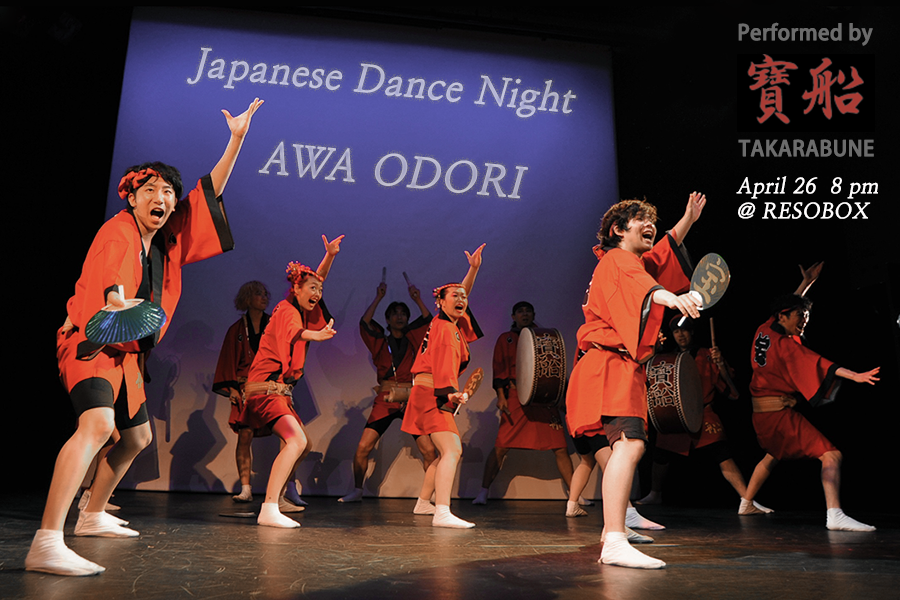 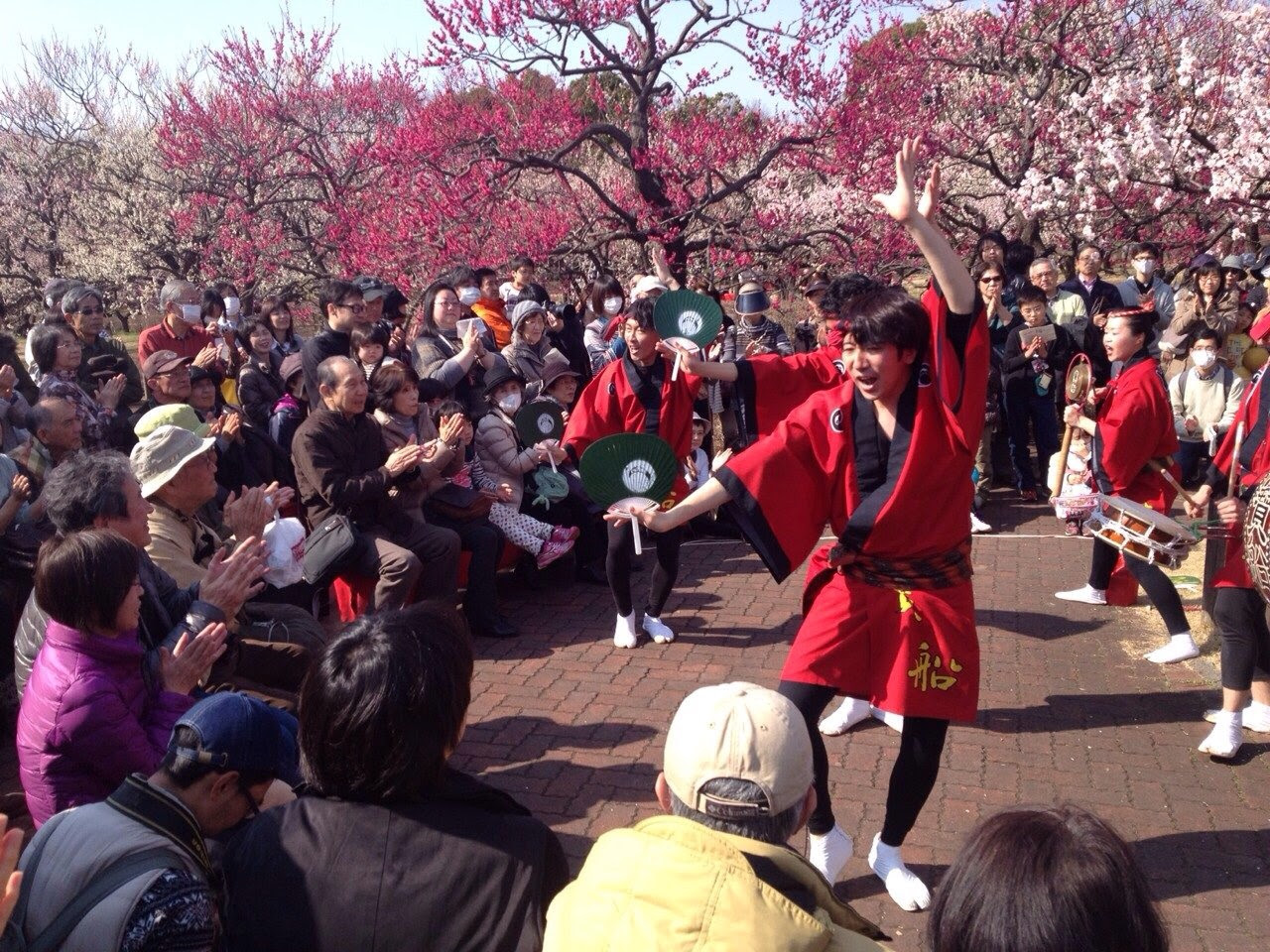 Awa Odori is one of the most well-known Japanese traditional dances in Tokushima prefecture, Shikoku with a 400 years of history. Its festivals are as big as Samba carnivals in Brazil.
TAKARABUNE has pushed the limits of this venerable traditional art: their signature dance style is so aggressive and vigorous that it has been characterized as ‘dance beyond Awa Odori’. Their performanceat a number of Awa Odori events held in Tokyo has generated growing interest among a variety of media, and the group has gained a reputation as the hottest Awa Odori group (ren) in Japan.
In this hour-long show we will present you a wide variety of Awa Odori, from the traditional form to more modern, creative forms, as well as a performance of Japanese traditional drums and a percussion.
The art of Awa Odori is hard to master, but the basic form is easy to learn. You don’t believe it? You will have a chance to learn and dance Awa Odori with us! Come for a memorable night with cool dances, entertaining performances, and fun dancing! 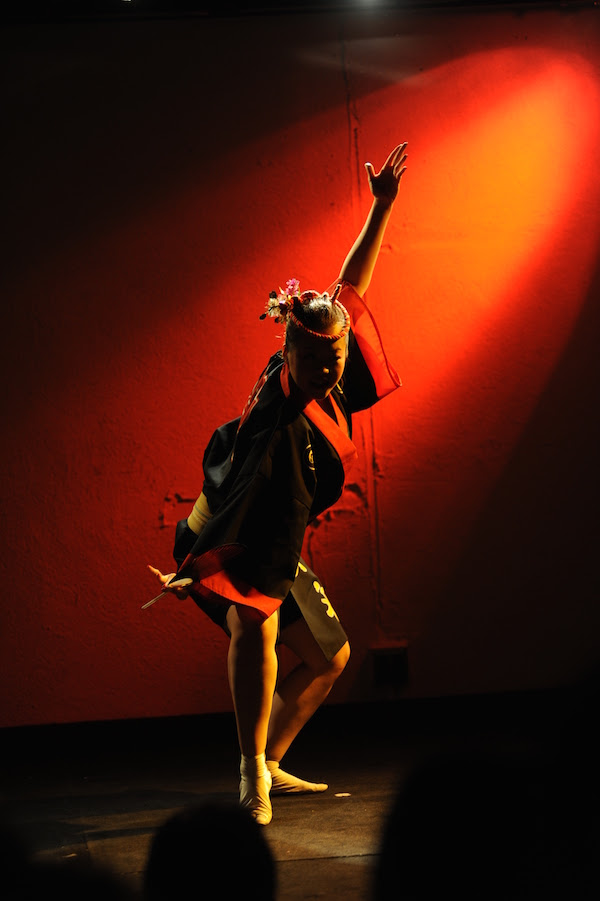 We would appreciate it if you could forward this invitation to your members.
Let me know if you are interested. (RSVP is required to info@resobox.com)
Takashi Ikezawa
Founder & CEO
RESOBOX
41-26 27th street
Long Island City, NY 11101
Tel.: 718-784-3680
Web: http://resobox.com/
Facebook: www.facebook.com/resobox
This entry was posted in Uncategorized. Bookmark the permalink.